What is Virtual Reality (VR)? It has been defined as a realistic and immersive simulation of a three-dimensional environment, created using interactive software and hardware, and experienced or controlled by movement of the body. Other forms of VR include Mixed or Augmented Reality, where a technology superimposes a computer-generated image on a user's view of the real world, thus providing a composite view. For the latter think of this year’s rise and fall of Pokémon GO.

Back in the day, something called 3D View-Master was all the rage. I remember its bright Ferrari-red casing and interchangeable wheel slides that revealed impressive depth and color. Surprisingly, this 1939’ technology by Gruber was not the first of its kind. Long before, dated to the 1850’s, the Japanese had 3D photographs taken with a stereoscopic camera that were equally if not more impressive for its time. Showing depth and vibrant stills of the Geisha and other glimpses of traditional life in Japan. All this came about after Wheatstone’s research in 1838 demonstrated how our brain processes the different 2D images from each eye into a single 3D object. Giving the user of the stereoscope a sense of depth and immersion. With this in mind, it’s interesting that we all actually only see in 2D. This stereoscope design principle is still used today for Google Cardboard and other low-budget VR head-mounted displays for smartphones.

Fast-forwarding to a more immersive medium of VR, was one of the first flight simulators that Link created in 1929. It was controlled by motors that were connected to the rudder and steering to modify the pitch and roll. This presented a safer way for pilots to train. For effects, a motor-driven unit mimicked turbulence and disturbances. One of my first experiences with this technology was a motion simulator attraction at Disneyland Paris called “Star Tours”. The principles were the same, however the long queue, sharing the ride with nineteen others and looking at a distant projection screen was not worth the time invested.

This brings me to the current state of the development of VR and you will hear skeptics and even industry insiders say that it’s all still very “gimmicky”. I agree, it’s too expensive for the limited content and under-performing hardware. Forbes mentioned; “Most VR is just novelty masquerading as interesting game design.” So it’s fun to see your buddies freak out on the zombie stampede and start tightrope-balancing when approaching a cliff. But the fact is, after playing once or twice the threshold is around 20 minutes before you get headaches and eventually sick. Surprisingly, many research firms believe the market potential of VR, AR and MR are largely overhyped and overstated with inflated projections. I attended a VR/AR event in Bangkok last week and one speaker mentioned that CNN broadcasted the US presidential debate in VR to an audience spread over a staggering 121 countries. To which an attendee questioned “Why?”. Why would you want to experience the debate in VR? I’m not sure but it must relate to immersion and its engagement.

Imagine this and the use of localization for last year’s UN Climate Change conference in Paris. Where 196 countries agreed by consensus to reduce emissions as part of the method for reducing greenhouse gas. You could experience and understand all the leaders of the world in VR and select your native language while keeping the integrity of their messages. This would be an event worth getting involved in and could lead to an international digital platform advocating awareness. 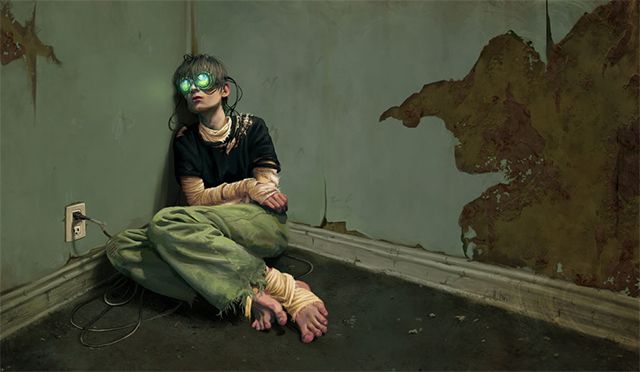 This immersion and engagement is present for most VR concepts; however, it comes at a price: VR-induced nausea, tripping over wires and a feeling of being dislodged from your environment while having a 5-inch screen right in front of your eyes. So it’s is not very safe to play around with VR alone when you are blinded from your actual environment. This is why you see staff members assist most VR demonstration for safety reasons. Even the Oculus Rift lists a host of possible side effects with warnings ranging from seizures, nausea and dizziness to trouble with hand-eye coordination in children engaging in prolonged use. Although the effects are believed to be temporary, there have been few long-term studies into the use of the technology.

Industry experts are divided about the future of VR, and for good reason. The first pessimistic views relate to the scalability, content and the technology itself. Currently, people with glasses can’t even use the head-mounted displays, virtual space ratio to actual living room for most users will never align, and development costs are too high for the market size at present. Not mentioning the required streaming bandwidth or 8k per eye resolution aspiration to actually see the content clearly. Some conclude that perhaps the market will be limited to hardcore gamers and exhibitions, ranging from real estate to medical demonstration.

Others have higher hopes with regards to simulated reality’s future and perhaps with more significant implications on the social, medical and spiritual planes. Concept terms like “full-dive VR” make it hard to distinguish reality from The Matrix, a sci-fi movie by the Wachowski brothers. It depicts a dystopian future in which reality as perceived by most humans is actually a simulation created by sentient machines to subdue the human population, while their bodies' heat and electrical activity are used as an energy source. To take it further some say that we are only 100 steps away in Moore’s law, the observation that the number of transistors in a dense integrated circuit doubles approximately every two years, from being able to create a whole world simulation theory. Which fires up discussions if we are not already acting in our own ‘Westworld’. 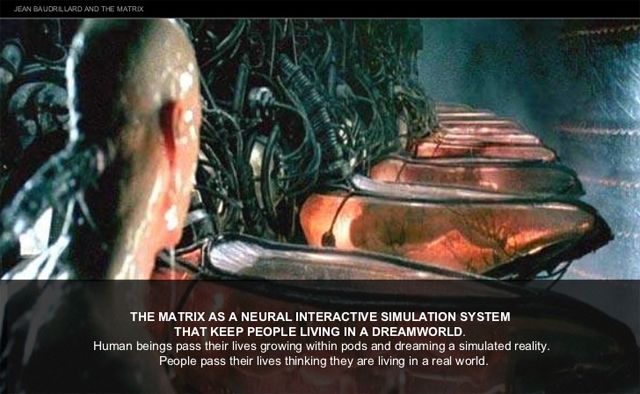 The Matrix by Jean Baudillard

One step closer to immersing ourselves are the FeelReal Mask and NIRVANA Helmet. They are interesting VR peripherals that aim at injecting more “reality” into your experience by simulating the sense of smell. They will also deliver minor temperature fluctuations to simulate hot air, wind and even water mist. MindMaze is combining headset-mounted neural sensors and motion-capture cameras. It is designed to “facilitate neuro-powered immersive virtual and augmented reality” on such platforms as XBOX, PlayStation, iOS and Android. Founder Dr. Tej Tadi explained that this combination of neuroscience, virtual reality, augmented reality, and 3D full-body motion-capture will allow gamers to see, feel and experience virtual gameplay with absolutely no delay or need for controllers, and put their “[brains] in the game” in new ways.

Now, to further discern you, DARPA have developed a method to connect your brain directly to the computer with a cortical modem. It has been said that the interface provides a direct link between the brain and an external device or software through manipulation of the visual cortex. Making room for the obvious dilemmas of hybrids, cyborgs or to a further extreme the 2045 Initiative’ Itskov Avatar Project. As stated on their website "to create technologies enabling the transfer of an individual’s personality to a more advanced non-biological carrier, and extending life, including to the point of immortality. We devote particular attention to enabling the fullest possible dialogue between the world’s major spiritual traditions, science and society”. 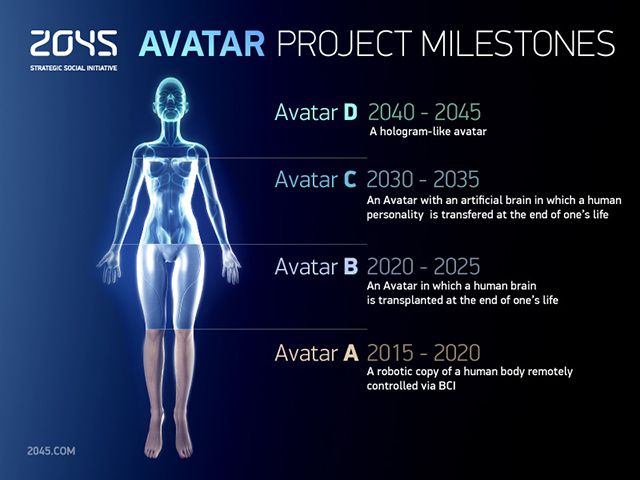 These aspirations of surrealism and escaping the monotonous daily routine are no longer exclusively attainable for Russian billionaires like Itskov. VR makes it possible for the common man to experience residing in a luxurious palazzo surrounded by Italian supermodels in bikinis, all in the comfort of their own home. Or as Alan from MAD VR, who localized his VR game hit “Araya” here at Andovar mentioned “You want to see the future of VR? Go to Japan, there they already have VR dating games and you can even spent an interactive day with your favorite idol! These fan bases are huge and the best part is, they merchandise the hell out of it.”

For Freud, the whole process of socialization involves redirecting the child’s energy away from immediate gratification, and towards delayed gratification. This is necessary in order to move the child away from operating on the basis of the Pleasure Principle (basically, a combination of "if it feels good, do it" and "I want it all, and I want it now") and towards operating on the basis of the Reality Principle (the idea that behavior should address external or real world constraints, demands, and opportunities).” Mentioned by Koltko-Rivera in a piece on the potential societal impact of VR and that it will place many impulses within reach of instant virtual gratification, with no immediate social or legal consequences. He says: “Frequent immersion in such a virtual world might allow one to escape from the tasks of adult life rather than attend to them. Ultimately, such immersion might make people less willing, or even less capable, of dealing with the frustrations involved in participating in real-world marriages and family units.”

Whether we like it or not there are downsides to using VR and related technologies. One of them being a sense of alienation from reality and this is what many companies try to mitigate. Localization is one way to make the experience feel less alien and make it more real and human. Users might even prefer or require the content to be in their native langue, as they will emotionally identify and relate to it better. Moreover, reducing any noise or disruption of foreign content, allowing the users to focus and enjoy any gameplay or other VR with ease.

If you look throughout history, you’ll see that we have always been communicating via the highest technology available. Whether it was smoke signals or satellite. Recently, we have been incorporating our latest technology in such a way that there is an increasing imbalance. We are constantly invested in our smartphones for messages and notifications, and attach a great deal of importance to our current status on the digital platforms. Checking Twitter for updates or Instagram for likes. Even the chime sound of a new message releases a small dose of dopamine confirming our hidden addiction. As noted by Simon Sinek addressing the imbalance of technology in Millenials in the Workplace that "...when significant stress arises, they are not turning to a person, they are turning to a device, they turning to social media, they turning to options that offer temporary relief..."

Moving forward, it seems like the inevitable next trend will be to have a microchip or nanobots in our brains and be indefinitely connected through a vivo fiber network as proposed in Nanomedicine. Enabling full-immersion reality supported by the necessary bandwidth inside the body to experience all content in real-time and crisp resolution.

Unfortunately, regardless of how much I enjoy this hyper connectivity, the truth is that it disconnects us further and further from each other. All ones and zeros, transferring at light-speed until we are hooked up to the system forever, leaving real life and our coexistence behind. So let’s get back to connecting on a human level, without the overuse of technology. Nowadays so much of the original message is lost in the digital clutter. Let’s use our verbal and non-verbal communication to connect with each other on a personal level. Because only then we can ground ourselves through mindfulness or meditation and see technology as an existential tool, not as an existential replacement.

More websites (39.5% according to SearchEngineJournal) use WordPress than any other platform to manage content, layout a...

A content management system (CMS) allows for the creation and modification of digital content without needing coding kno...

Artificial intelligence may have started with Alan Turing's speculations on intelligent machines in 1950. Natural langua...