What languages should you choose?

Today’s businesses are looking to localize their brand, product and service content in regional languages. This can improve the conversion of online advertising and help ensure that your message is translated precisely in an effective way to your target audience.

What are the top 10 languages used on the internet, which are most important and how can you speak convincingly to a local audience? Keep reading to find out.

Just look at the following statistics and it's clear that translating content can have a positive impact on attracting users to your brand:

Top 10 Languages Used on the Internet

Concentrate your localization efforts in the regions where you plan to expand your business, and for assistance with the rapid expansion of your ecommerce localization strategy, contact Andovar today. Here are the top 10 languages utilized on the internet according to Statista and Internet World Stats.

English, perhaps unsurprisingly, is the most represented language on the internet. One out of four online users speak English even if it's not their native language. It's the internet's founding language, but other languages are gaining prominence quickly.

Chinese is the most rapidly growing language and nearly 20% of internet users speak or read it. With one point 1.4 billion people communicating in this language, it takes second place among the most important online languages. For assistance with website localization in Chinese, contact a specialist at Andovar today.

Over 750 million people communicate in Spanish, even though it's only the native language for half of them. Spanish speakers in Spain, Latin America and around the world are becoming increasingly connected. Approximately 8% of internet users speak Spanish.

Arabic is one of the fastest-growing online languages. That has to do with the rapid increase in Arabic speakers connecting to the internet. Currently, Egypt and Saudi Arabia have the most Arabic users online. Businesses can also localize in other regions where Arabic is the predominant language, including Morocco, Algeria and the UAE.

About 171 million Portuguese speakers are online, and 4.1% of online sites are published in the language. This suggests an opportunity for savvy businesses that want to invest in SEO-friendly URLs and professional translation services to produce high-quality Portuguese content.

Approximately 306 million people speak these languages and 198 million of them connect to the internet. For companies targeting South Asian markets, it's worthwhile to invest in high-quality localized translations for product and service pages.

Japanese has been a popular online language for over a decade. Japanese speakers are increasingly producing online content. Localizing websites for Japanese users can help companies reach this lucrative market.

More than 103 million internet users speak Russian and that number is growing.

French is the official language of 29 countries, making it a favorite target of online translations. However, some French-speaking countries, such as those in Africa, have relatively low internet penetration rates.

German accounts for only 2.2% of internet traffic. However, it ranks 10th thanks to 92 million internet users who prefer to digest web content in their native language.

The fastest growing online languages vary slightly from the top 10 list above, as follows:

Most Useful Languages for the Future

English, Mandarin and Russian have long acted as the common tongues that bring people together. While these languages are still important, the advent of the internet has made consumers hungry for content in their own language. The higher quality translations that you can produce, the better users will relate to your products and services.

For small businesses hoping to expand to global markets, it's not necessary to gain 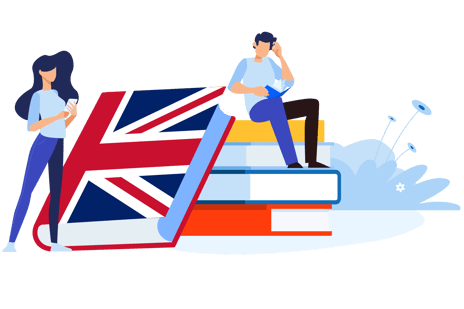 in-house proficiency in these languages. Instead, translation services from third-party vendors such as Andovar can help you quickly translate your web content into any language used online.

Achieve your growth targets by making wise decisions about which languages to incorporate into your localization strategy.

Consider the following languages to kick off your localization campaigns:

Hindi, Urdu, Spanish, Arabic and French are also important, depending on where you're focusing your content expansion. For example, if your target market is South America, Spanish and Portuguese are the natural selection for your language localization efforts.

Andovar helps businesses expand their global reach with important website, software and content translation services. Whether you need manual or automated translations or SEO-friendly URLs that improve your rankings internationally, we can help. When it comes to high-quality content across languages and regions, we speak your language.

How Localization Propels the Growth of Fintech Firms

Fintech firms are startups that use technology to provide financial services. They include companies that offer mobile p...

Five Elements to Consider When Building a Localization Strategy

Expanding a business internationally can be a complicated task. One critical dimension to successful outreach and conver...

As of 2021, the translation market was valued at approximately $53 billion internationally. As the world becomes increas...