Languages in India - How Many are There? May 18, 2020
Key Differences Between Spoken and Written Languages and How it Affects Subtitling Jul 13, 2021
Computer-Aided Translation (CAT) Tools Feb 20, 2020
The Ultimate Guide to Games Translation May 13, 2020
15 Most Common Video Game Localization Problems Mar 03, 2020
Categories | Subscribe | Populars
Written by Billy McCaw
on September 14, 2021 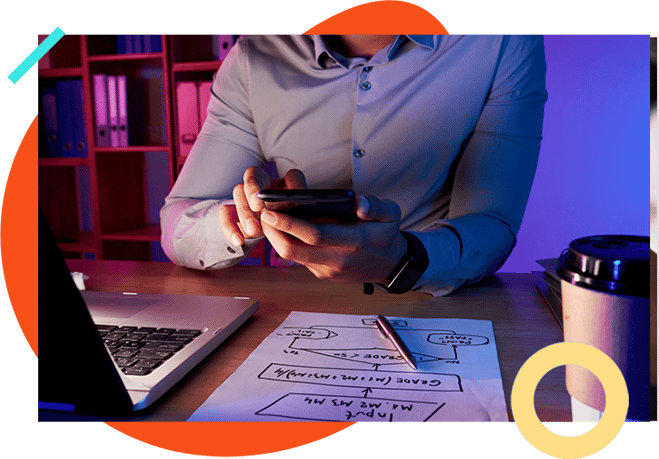 Globalization relates to the interdependence of the world's cultures and economies. From a global economic development standpoint, it's a high-level, big-picture strategy that involves opening borders to receive goods and technologies and creating policies that promote those flows. For companies, globalization refers to the overarching strategies they undertake to operate in different countries, such as how to set up the new entity and what types of rules to follow in software development, human resources, and branding.

For example, online retailers, such as Amazon and eBay, set up the infrastructure required and build their brands so that customers in multiple countries around the world recognize their brand and can easily buy and receive goods. Netflix also established the infrastructure required so that users everywhere could experience their streaming service. Another example is Airbnb, which established a logo -- a Belo -- that means "belonging" in all cultures.

As another example, Nike adopted the swoosh logo that transcends languages. Nike also adopted a partnership strategy that includes athletes from all over the world and in different sports so that it is culturally relevant everywhere. McDonald's' Golden Arches logo works anywhere, as well.

Internationalization builds upon globalization but is more specific. It requires adopting a product or service so that it will be accepted easily in international markets. Internationalization is a preparatory stage that comes after a company has globalized and developed strategies that opened the door. Often businesses will employ experts to help them adapt their products to new markets.

One example of a company internationalizing its products is IKEA. The company switched from using words in assembly instructions to using diagrams, which are more universal. Similarly, Starbucks removed the text from its original logo when it began to expand heavily overseas to make localization easier. KFC rebranded from Kentucky Fried Chicken to gain a more easily pronounced name and to take the emphasis away from fried chicken, a more American product so that the company could highlight other menu items.

Software companies have some specific internationalization requirements. The internationalization of software may require using different data encoding. For example, ASCII works well for Western European languages, but Asian languages require larger encoding, such as Unicode. Hardware devices may differ in other countries, which, of course, means that software developers will need to take into account these limitations when designing the software. They will also need to design user interfaces with enough space to accommodate translation of the software in any language. Some languages require more words to express the same idea as English or have larger characters in their alphabets.

Internationalization is an intermediate step between the high-level strategy of globalization and the next, more specific, step of localization.

Internationalization creates an easily adaptable product or service. Localization makes that product or service very relevant for one specific market. It refers to the product itself and all the marketing materials associated with it, including the website content, mobile apps, advertising, and customer support documents.

Localization and translation are similar but differ in their degrees. For example, translation takes the text in its original language and writes it in a foreign language. Localization, which includes translation, goes further to take into account the culture and its nuances. For example, when localizing a game or film for an Arab country, characters would point to and read signs from right to left instead of left to right. Or an advertisement that features an American football analogy might be localized by featuring a European football analogy instead. Essentially, localization makes the product or service seem as if it were originally designed with the new market in mind.

Another example of localization is a fast-food restaurant, such as McDonald's or KFC, adapting their menu to include foods that are relevant to the culture and omitting those foods that might offend. For example, in Israel, McDonald's provides kosher food and closes for Sabbat and Jewish holy days. It also offers vegetarian burgers in India, where most of the population doesn't eat meat. Throughout these menu adaptations, McDonald's has maintained the same global branding. Its logo is the same, and the restaurants have the same general appearance no matter where in the world they are located. Both McDonald's and KFC were originally created for an American audience, yet, in each case, through localization, they have made their products relevant in each target culture. To someone who didn't know better, the brands seem to have been invented specifically for each culture.

Airbnb is another example. The concept of staying overnight in the home of a local person sets the stage for localization. Then the company ensures that hosts and guests not only can communicate with them in their own languages but that they respect the cultural and legal differences in each country. Airbnb has translated its website, including user reviews and visitor guides, into more than 60 languages to be relevant in its more than 200 markets. To protect its brand, the company provides a consistent customer service experience throughout the world.

AI-powered virtual assistants such as Suri, Google Assistant, and Alexa also are good examples of localization. They respond not only to a wide range of languages but also to diverse cultural and behavioral settings. In the case of these assistants, the three stages -- globalization, internationalization, and localization -- though distinct, also are intertwined. For example, during the globalization phase, the companies developed a strategy for adding new languages. During the internationalization phase, technicians coded the assistants to allow them to switch between languages easily. Then for the localization phase, the company collected all the information necessary to train the assistants in the language and dialects of each new target country.

Proper localization, of course, requires that a company do significant research into the culture and hire or outsource the task to natives in the target country or region of the country.

2. Differences Between Localization versus Internationalization Versus Globalization

3. Why GILT is Important

It Eases Entry into Global Markets

If the possibility of entering a global market is considered from the ground up, the entrance is much smoother. While removing barriers to international expansion requires careful thought and planning at the beginning, it paves the way for exponential growth in new markets later. Even if companies have no immediate plans for international expansion, they are wise to create processes from the beginning that open the door for expansion in the future.

It Stresses the Need to Build Global-Friendly Products

By thinking through what might be needed for expansion later, companies can save time and money by not having to make major changes later. Software, websites, products, and apps can be initially designed to accommodate changes for international markets. Once the decision is made to expand into a particular market, the product or service and the marketing and customer service materials associated with it can more easily be made culturally relevant.

By showing employees how to be brand ambassadors, companies can ensure a more consistent customer service experience and better engage their employees. Employers can use the GILT model to ensure that their training materials and processes are created so that they can be easily adapted to each culture. Localization of these materials then becomes easier. By effectively localizing materials for each country where they have locations, companies can better train employees to provide a customer experience that is both consistent with the brand and culturally relevant.

The global gross domestic product (GDP) has grown significantly over the past few years and is expected to continue to grow. From 2015 through 2019, the global GDP grew an average of 3.38 percent per year. It fell in 2020 because of the effects of the coronavirus; however, it is projected to grow an average of 4 percent per year through 2025. Now is truly a good time for companies to expand globally yet research shows that 70 percent of Internet users are not.

English speakers, and 75 percent of people will not make a purchase decision unless the product descriptions are in languages they understand. Localizing a Website, then, is critical to a company's ability to gain customers in a different country. Localizing is easier if the company has also gone through the globalization and internationalization stages.

An excellent customer service experience is important for managing a brand's reputation and encouraging the customer to buy again. Providing a customer experience that meets the expectations of people in their own culture increases satisfaction. To do this, companies must communicate with users in their own language and in culturally appropriate ways.

Effective localization doesn't occur in a vacuum. Companies that have opened the door through globalization and internationalization of their products, services, and marketing materials can localize them for specific markets much faster and less expensively than companies that haven't gone through the GILT steps. The more quickly a company can localize, the more quickly it can begin to gain market share in the target country.

GILT provides a framework for how to expand internationally. Companies that understand the GILT concept already have the steps set out for them that they need to follow for successful global expansion. Understanding the differences between localization versus internationalization versus globalization enables them to move through these steps smoothly and cost-effectively.

CEOs and entrepreneurs are experts at their businesses. They understand how to make a good product or provide a specific service. However, they aren't experts in developing a globalization strategy and processes or in the internationalization or localization of their products, services, and marketing, and other customer-facing materials. Successfully designing a product or service so that it can be localized later requires expert advice. Localization also requires the services of an expert who is intimately familiar with the culture of the specific country and the language as it is spoken there.

Andovar is a one-stop solution for all your translation needs. We have six offices all over the world so that you can reach us 24 hours a day, 365 days a year. We also have more than 5,000 translators who live in countries all over the world. These translators are the tops in their field -- only about 5 percent of those translators who take the qualification tests to work for us meet our high standards. The successful applicants are expert linguists and also experts in what is required to make your products, services, and marketing materials relevant in their cultures.

We have helped many companies take their products and services across borders and have expertise in various areas, including:

We build our teams with specialists rather than generalists, so you get the most expertise. We can provide turnkey solutions for multi-component media projects as well.

Most importantly, we can save you time and money while helping you work through the GILT model. Even if you're not quite ready to expand into a specific local market, we can help you with globalization and internationalization, consulting in how to design your software and Websites so that localization will be easier later.

To understand more about the GILT strategy and what languages should you choose, visit our blog.

Marketing video localization is every bit an art as it is a science - meaning that you'll have to make some adjustments ...

As the global marketplace connects in ways that were impossible for previous business generations, new opportunities are...

We’ve got a whole new look – and some exciting changes to share too! As well as updating our brand logo, colors and four...